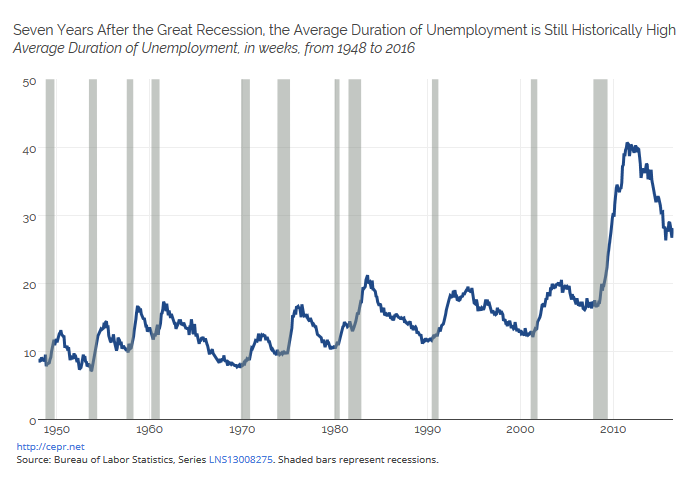 After the Great Recession, there has remained a historically high duration in unemployment. Even seven years past the event, the U.S. still suffers from long periods of unemployment. Ideas surrounding the solution to this problem remain scarce.  The Fed’s interest rate is still at a near historical low. Economists see little positive effect in lowering it any further. The problem has been a lack of investment in new production. Most loans taken out in this economic climate have been to inflate existing asset prices. Firms are bidding up the prices of these assets and properties in order to inflate their balance sheets.

This phenomenon has been a problem or some time now. Going into the Great Recession there was a tremendous inflation of real estate prices. It has been more profitable to engage in asset price manipulation than it has been to engage in production. As Thomas Piketty points out in Capital in the 21st Century, there has been a historical falling rate of profit. That is to say, firms are not investing in production because it’s not as profitable as merely bidding up the price of existing assets. 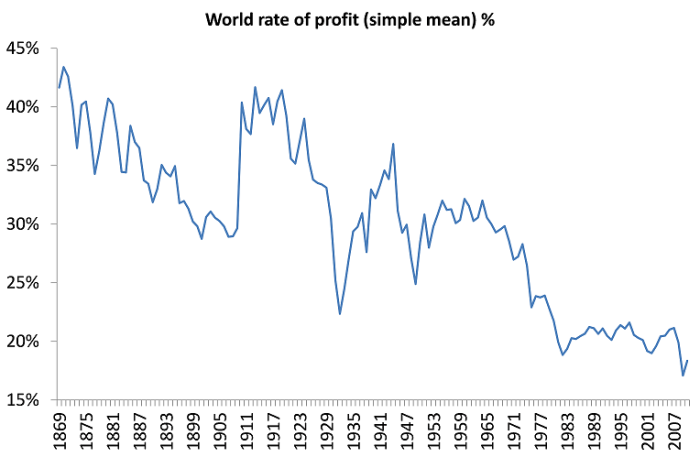 This is by no means merely an American problem. It’s shared with the rest of the world. 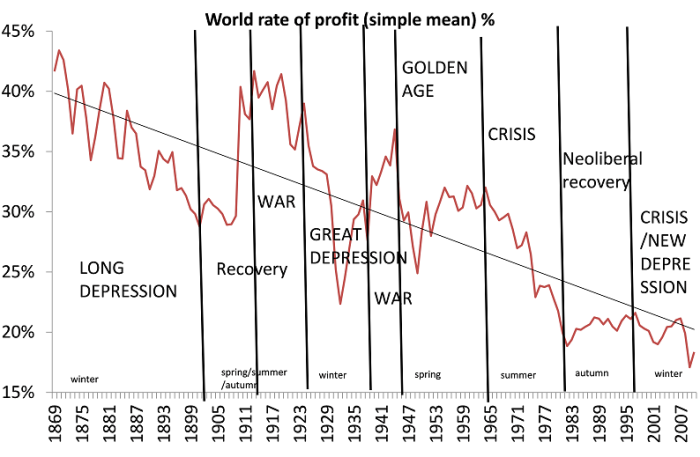 The drive to increase profits inevitably causes them to decrease. The greater the development of capitalism the more self-destructive it becomes. This demonstrates that capitalism is driving towards its own destruction. Marx points out that there is a tendency in the rate of profit to fall. He calls it this because there are movements that can have the opposite effect. Overall it tends towards a falling rate of profit, but it is not an iron law.

Let us take a look assuming full profitability in one year for productive capital:

It is the natural path of capitalism to increase in rates of and quantities of surplus value. Capitalism is a system that must continually expand producing profits greater and greater year after year. This is what has happened outside of crisis, capitalism has expanded across the globe presenting us with companies that exist in multiple nations. If capitalism permanently ceased to expand the system would collapse and die off.

As this trend continues, production will continue to stagnate further leading to larger duration in unemployment. Then hopefully the end of capitalism.